It ultimately took the final kick of the match on Saturday at MAPFRE Stadium to decide a knotted affair between the Montreal Impact and Columbus Crew SC. For the second time, a Black & Gold player stepped up to the penalty spot to attempt the potential winning goal — and for the second time, they converted.

Gyasi Zardes buried the 94th minute spot kick to secure all three points for the home side, cementing his brace in his home debut. Federico Higuain scored his 50th career regular-season goal in Major League Soccer to open days' scoring, also from the spot, before Zardes added Crew SC's second before half time.

The man.
The myth.
The legend.
OUR MAESTRO! Congrats on your 50th @MLS goal.#CrewSC | #CLBvMTL pic.twitter.com/njpFtaA98y

In just the 12th minute, Higuain stood poised to make individual history. Following a corner kick that saw Lalas Abubakar fouled inside the 6-yard box, the Argentine midfielder faced Montreal's Evan Bush from 12 yards away. He pocketed the dinked ball into the back of the net for his 50th career regular-season goal — the 32-year-old is now just one assist away from joining MLS's elite 50-goals/50-assists club.

For the second time in as many weeks, Zardes followed a Higuain goal with one of his own. In the 15th minute, the Black & Gold's newest frontman found the ball at his feet just inches from the line. He tapped in the Pedro Santos free kick that was deflected off the crossbar for his second goal of the season in his second goal since Crew SC in the offseason.

Zardes' most impactful touch of the ball was also his last. Deep into the fourth minute of second-half stoppage time, 2018 MLS SuperDraft selection Luis Argudo surged into the Montreal 18-yard box before seeing his run dismantled by Impact rookie Ken Krolicki. Zardes stepped up for the Club's second spot kick, 82 minutes after the first, and burst his blast into the top corner of the net.

Columbus travels to face the Philadelphia Union in another Eastern Conference showdown on March 17 at 2 p.m. ET before returning to MAPFRE Stadium on March 24 clash against D.C. United at 6 p.m. ET.

The two 2017 Eastern Conference finalists collided again at BMO Field in Toronto in a match that favored the hosts on paper. Entering Saturday, Crew SC has gone 1-3-1 against Toronto in the last five head-to-head matchups.

Chances came early for the Black & Gold, beginning in just the third minute when midfielder Cristian Martinez broke through the Reds' backline from the right side, blazing his cross just ahead of and over Zardes' run. After a succession of corner kicks in the ninth and 10th minutes, Martinez again sprinted into the Toronto 18-yard box, this time to ring his shot off the post. Pedro Santosadded another shot in the 27th minute. 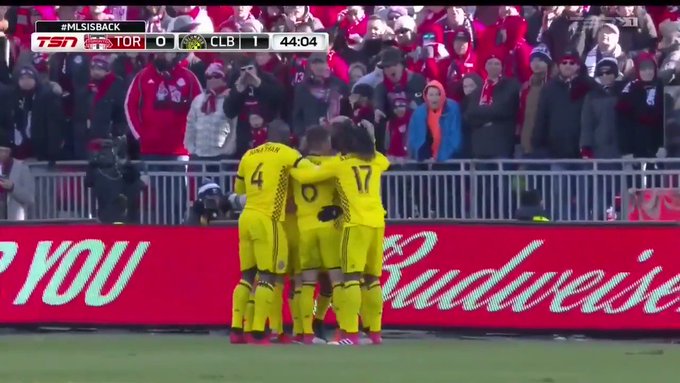 In his 150th MLS regular-season appearance, Higuain scored his 49th goal with Columbus — the first goal of the entire 2018 MLS season, and the eventual game-winner. Midfielder Artur connected with an end-line-bound Milton Valenzuela, who crossed the knee-high ball onto Higuain's volleying boot. 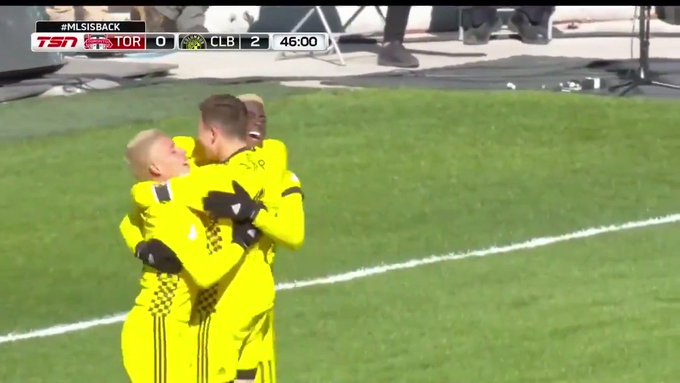 Just 52 seconds into the second half, Zardes continued his out-of-this-world form by opening his Crew SC account off a perfectly timed and weighted ball by Santos. The Portuguese midfielder picked up the ball on the midfield line before charging forward and threading Toronto's centerbacks from 40 yards away. Zardes surged onto the entry ball and 1-touched it passed Alex Bono.

The majority of Toronto's possession and chances came in the second half as they pushed for goals, but Zack Steffen and the Crew SC backline scrambled to safety throughout.